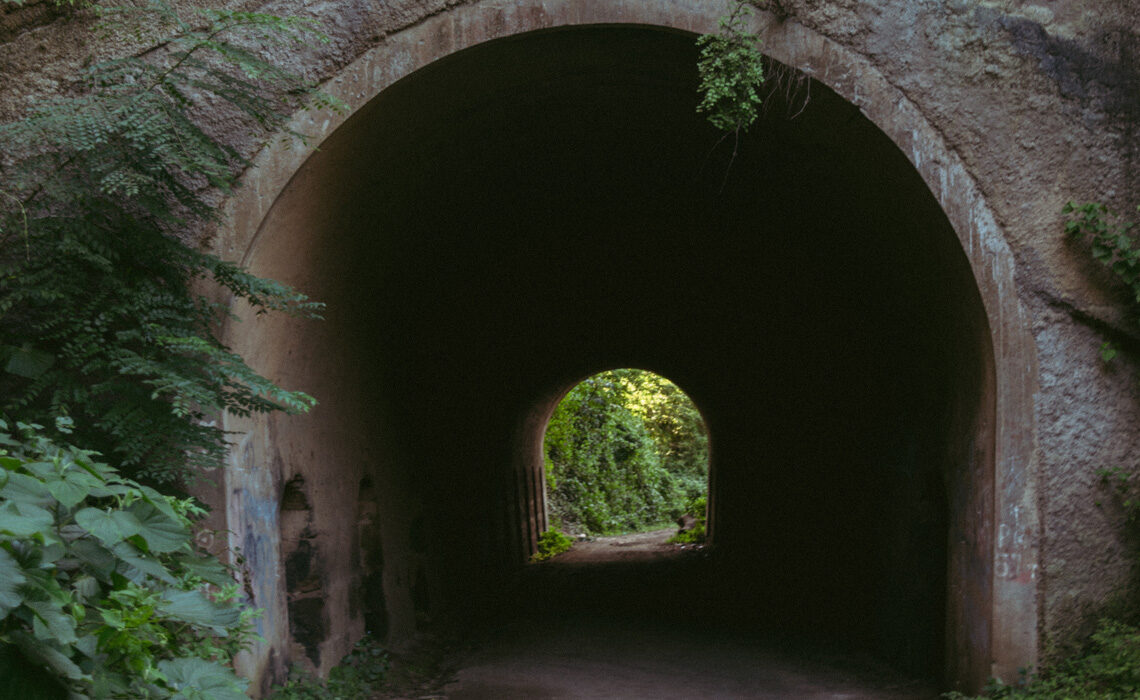 Embedded in the recesses of a community, between Monimbó and Pacaya, is the Masaya tunnel, a basaltic pumice stone structure that has been standing for more than 100 years.

To learn more about the construction of this tunnel we have to go back to 1895 when the construction contract for the Los Pueblos of Carazo Railway was signed between General Zelaya, President of the Republic (1893-1909) and Morris, Heyden & Co. Work began on October 8, 1893. In May 1897 the railway line reached Niquinohomo; in January 1899 to San Marcos, in April to Jinotepe and in May to Diriamba, completing a length of 43 and a half kilometers. This first railway line in Nicaragua served to connect the most important cities of the Pacific at that time: Masaya, Granada, Carazo and Managua. Through this place passed the railway that connected these cities transporting sugar cane and coffee production.

You may also like: La Bruja lagoon, a lagoon between mountains

The tunnel has dimensions of 30 meters wide and 4 meters high, made of stone and granite. The railway through the tunnel was taken out of use in 1993 and the rails disappeared. In 2016 the tunnel was reinforced by the Masaya mayor’s office. Currently, the tunnel serves as a connection road for some 70 families who live in the community near the tunnel and who travel to the city of Masaya.

The tunnel, whose scenic vision is majestic and touristy, is one of the historical sites preserved by the municipal government of Masaya, and is part of the history of Nicaragua.

The tunnel is located in the community of Masaya called by the same name: El Túnel region.

Nicaragua has many emblematic and tourist places, follow us on our networks to get to know them.